Naughty Dog failed its fans. Gamers around the world waited seven long years to continue the adventures of beloved characters Ellie and Joel the stars of the original, The Last of Us. However, the top brass at Naughty Dog used their rare opportunity to create one of the most anticipated sequels in video game history to scold players for being bad.

The Last of Us single player campaign was a well paced story full of character development and world building. It was the tale of how an embittered man and an orphaned teen girl bonded while traversing a harsh landscape full of post-apocalyptic dangers. Through countless hardships Ellie and Joel managed to survive and endure. Many people found their adventure to be endearing as The Last of Us is one of the best selling video games of all time.

Survival in a world without authorities to enforce systematic law meant the characters of The Last of Us were forced to live in a moral grey area. You do the best you can. Don’t trust strangers. Above all else, if it comes down to us versus them we fight for us. This is why the story choices made by the lead game developers at Naughty Dog for The Last of Us 2 are so baffling.

Naughty Dog’s perception of Ellie and Joel’s actions in The Last of Us seems juvenile. Did you know that committing a crime is bad? In modern society. No shit. The rules of engagement are significantly altered when trapped in the confines of a brutal post-apocalyptic world full of infected monsters people with a kill or be killed mindset and a group of so called “good guys” who claim the only way to make a vaccine is to kill your daughter. This is not our modern world with crosswalks and bike paths. This is survival of the fittest with blades and bullets.

Killing Joel in unceremonious fashion because he was “a bad guy” and deserved it is incredibly disingenuous. Everyone in the world of The Last of Us is a “bad guy” to someone. It’s the nature of the world. No one can survive without adhering to a moral code far grayer than the one we abide by in modern society.

We know some of the things Ellie and Joel had to do to survive would make them criminals in modern society. In the context of The Last of Us their actions make perfect sense. Furthermore, we don’t care if they would be considered criminals in modern times. Some of the best characters in pop-culture aren’t exactly “good.”

I watched The Last of Us 2 play through via game streams. For that, I am very grateful. Shelling out $60 to be forced into a weak morality play that systematically destroys the integrity of two of the most beloved characters in video game history would have just been insult to injury.

The fact that Naughty Dog went out of its way to mislead fans with it’s advertising campaign is another reason I’m glad I didn’t spend money on this game. Game trailers leading up to The Last of Us 2‘s release featured the character of Joel prominently. He dies very early on in the game.

Naughty Dog knew their decision to kill Joel off in such a callous fashion would not sit well with fans and those fans would likely not want to buy their new game because of it. A new game Naughty Dog only got to make because the game that preceded it was so beloved. The only way to get the people who would hate what Naughty Dog did to Joel and Ellie in The Last of Us 2 to buy their new game was to lie to them about what was actually in the game. This is a pretty shady tactic. Being a creator on the level of Naughty Dog is a position most people will only dream about. Why would they sabotage their own product?

There is certainly something to be said about ending cycles of violence and fixing societal issues with intelligent answers. However, no one wants to shell out $60 dollars for a “game” that scolds the player for being bad. A well crafted narrative can balance out a societal commentary with good storytelling. The disjointed nature of The Last of Us 2‘s narrative suggests a storyteller who was too attached to their themes of revenge and sacrificed the logical nature of their characters in the name of the message they wanted to push forward.

Watching Ellie’s character dissolve into a revenge bent automaton was one half of the biggest crime in recent video game history. The other half of that crime being Joel’s murder. Two of video games’ most beloved characters sacrificed for what? Some sort of moral high ground? That’s the rub.

The visuals of The Last of Us 2 are great. The combat is serviceable and the upgrade system functions as expected. If you want to play a game just for the visuals and the combat you can do far worse. If you’re a fan of the first game I can’t recommend this game. As a story driven franchise the second installment fails it’s main characters.

The point of The Last of Us 2 is to drive home a person’s individual ability to end a cycle of revenge driven violence. The developers’ decision to have Ellie show mercy to Joel’s murderer is a beautiful sentiment. This is the world of The Last of Us! Do you know how many mortal dangers lurk around every corner? Ellie has to kill Joel’s murderer after engaging with her in mortal combat. How does Ellie know Joel’s murderer won’t come for her or the people she cares about next? It’s a nice sentiment to spare Joel’s murderer but it just doesn’t ring true in the context of the story let alone the final conflict.

The Last of Us 2 is a beautiful looking game with game mechanics that haven’t evolved much from the first game but is serviceable and looks fun in smaller doses. If you don’t care about the story the combat can be engaging but tedious exploration can make the game feel like a walking simulator at times. Naughty Dog failed the main characters of the original The Last of Us with a story that turns Ellie and Joel into shadows of their former selves to service the needs of a heavy handed morality lesson that just doesn’t make sense in the context of the world of The Last of Us.

If I were to recommend another single player game with a similar premise but also has an engaging story I have to suggest giving Days Gone a try. The “official critics” reviews weren’t overly positive but Days Gone is a really fun game. It’s open world map gives a lot to the player to do. Massive hordes of fast moving zombies make traversal an exciting challenge. There’s some crafting and survival mechanics to keep things interesting as well. The wildlife can be just as deadly as the zombies. One time I was killed by a bear while deer hunting. Plus, you get to build your own motorcycle. Not to mention the core campaign is around thirty hours long. Until next time, be true to yourselves. See, you soon.

Loria and The Host discuss their favorite forms of comedy, Cheese-Grater searches for meaning, Monk-Fish reflects upon his career, and The Foliage and Senor Crouts discuss how minor tweaks to a cartoon formula could make effective horror. Paper Cuts is the cutting edge in late night. 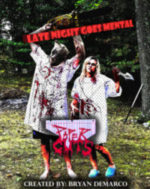 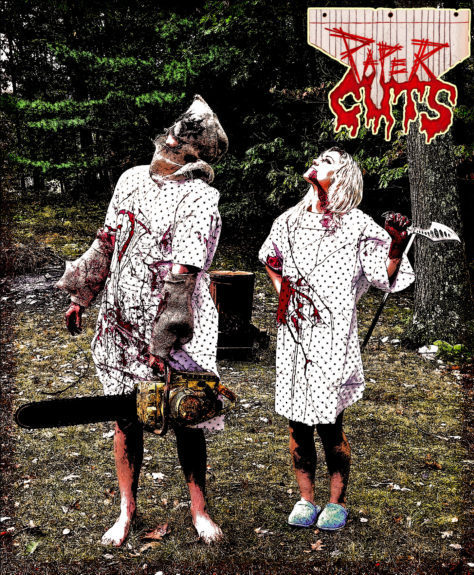 In this episode of Paper Cuts, Loria shares her hobbies with The Host, Cheese-Grater drops some truth bombs, Monk-Fish describes his typical concert going experience, and Senor Crouts regales The Foliage with a yarn about Rip Van Winkle’s home life. Paper Cuts is the cutting edge in late night.

Welcome to episode 6 of Paper Cuts, “An American Original.” Loria and The Host discuss their New Year’s Eve celebration, Cheese-Grater shares his view of Hollywood, Monk-Fish recalls a failed romance with a clairvoyant, and The Foliage and Senor Crouts discuss their personal lives. 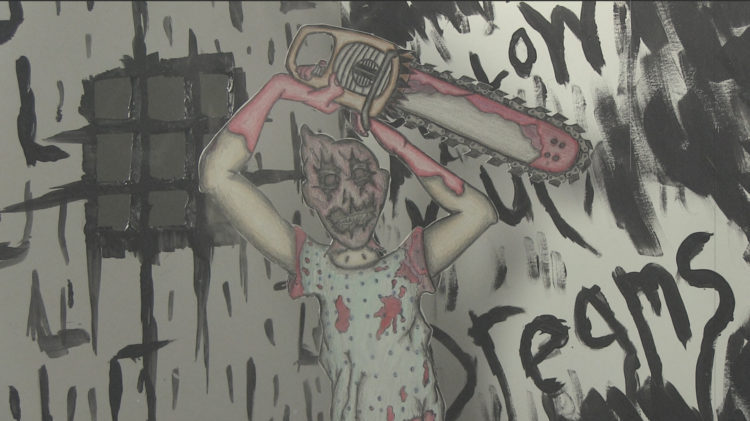 This week on Paper Cuts, Loria reveals to The Host the true origin of the “duck lips” phenomenon, Cheese-Grater discusses pharmacy store mind-crimes, Monk-Fish has a hot tub spirit quest, and The Foliage and Senor Crouts discuss otter serial killers.

Loria shares a fond memory of her childhood with The Host. Cheese-Grater talks about an abomination of American cinema. Monk-Fish describes the holy-trinity of breakfast foods. Senor Crouts tells The Foliage an epic tale about the glory of human ingenuity and the folly of over confidence. 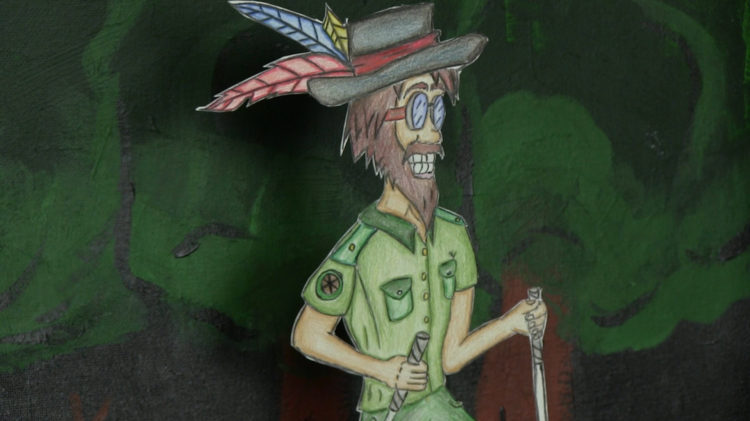 This week on Paper Cuts The Foliage and Senor Crouts discuss the dangers of nose pickery. 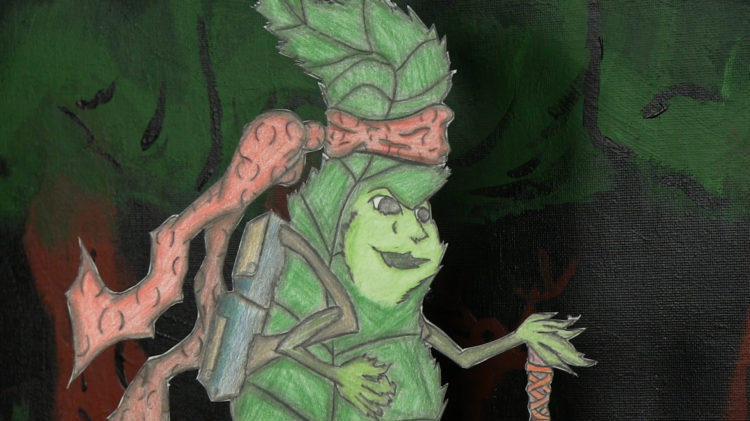 Tonight on Paper Cuts Loria and The Host reminisce about how they first met, Cheese-Grater shows concern for the sanctity of neighborhoods, Monk-Fish tells a fish story, and The Foliage and Senor Crouts discuss their experiences with faith. 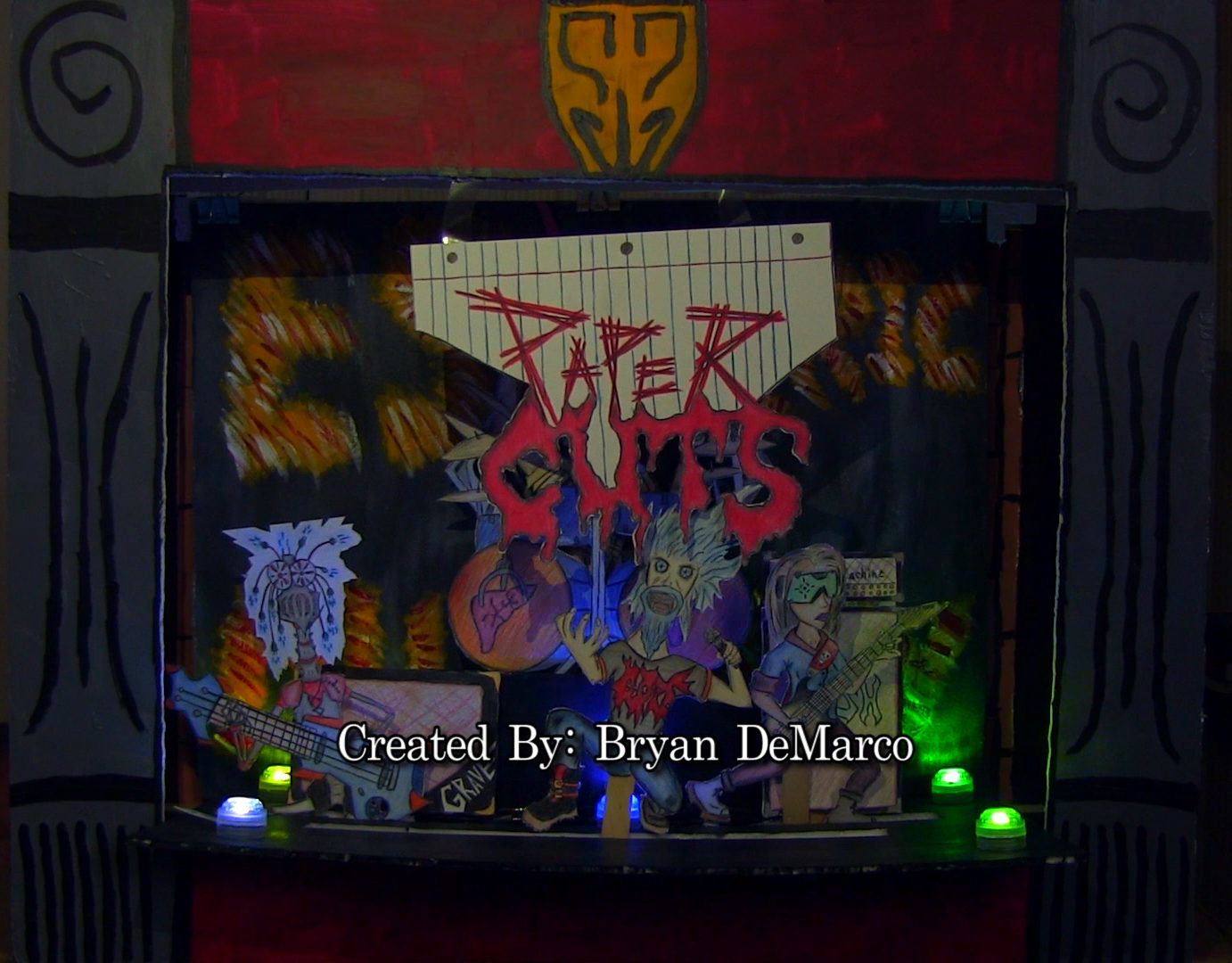 Tonight on Paper Cuts, The Host gets Loria to share a personal anecdote, Cheese-Grater shreds international icons on the virtues of public decency, Monk-Fish hooks a whopper of a personal life lesson, and The Foliage and Senor Crouts discuss their favorite types of movies. 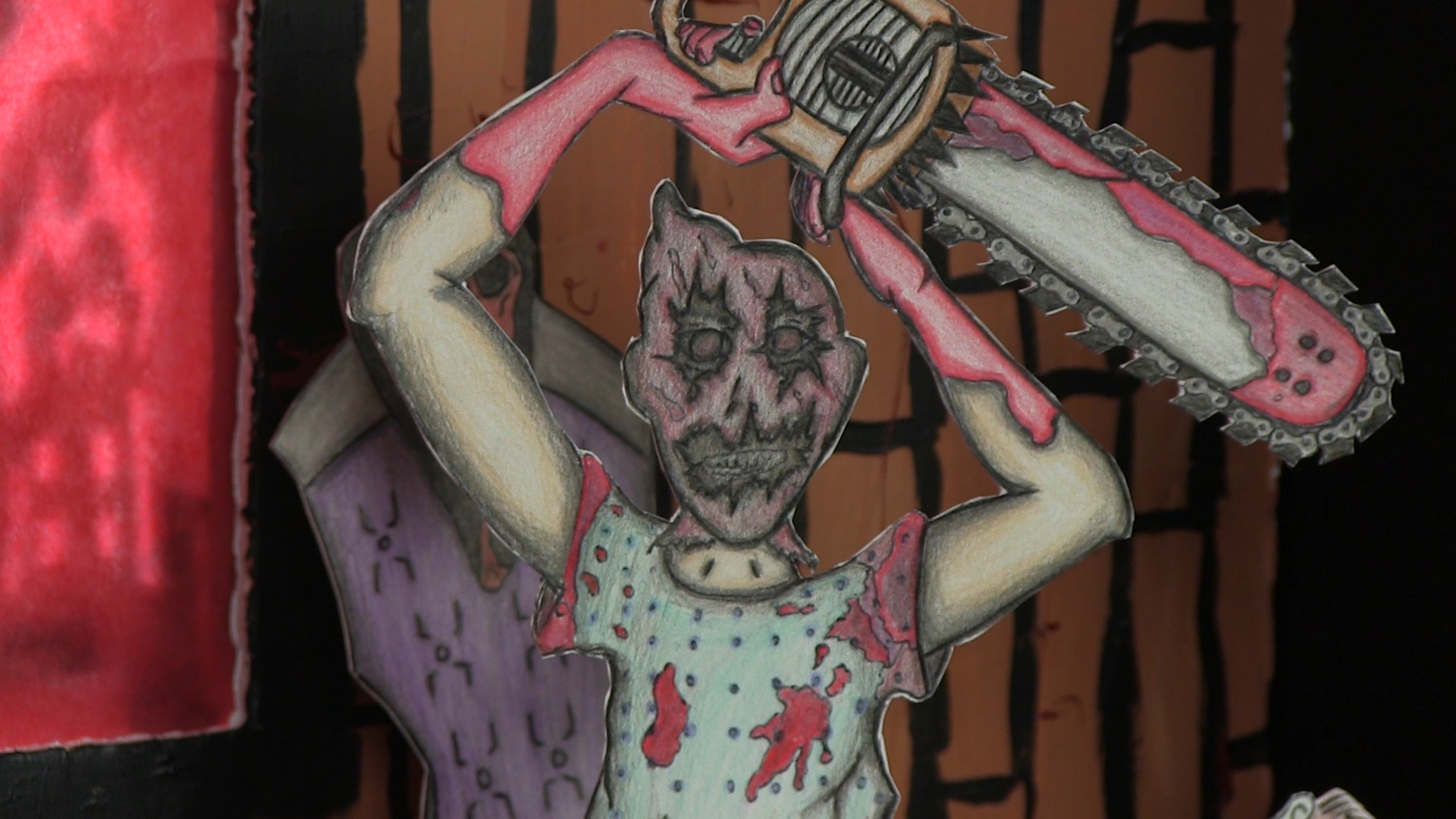 The Paper Cuts season continues with tales of celebrity birthday parties, the mysteries of the pyramids, television pilots, and unique perspectives on Christmas movies.

Paper Cuts is on its way. The first season of Paper Cuts begins next week. Join the deadly glamorous Loria and the homicidally hilarious The Host for the premiere of their one of a kind late night show. Paper Cuts features the brusque observations of comic Cheese-Grater, the recollections of a man named Monk-Fish, and the pulpy conversations of a street wise sentient leaf named The Foliage and his hiking companion the ever rambling Senor Crouts. See you at the premiere next week!

I assure you, I’m hard at work on a project I can’t wait to show to all of you. We’re very close to leaving the pre-production phase. Hopefully, within the next few weeks I will have something more tangible to show you. The last thing I want to do is constantly be posting vague coded messages about a “project.” I just can’t really say much about it right now except that I’ve put a lot of effort into this and I hope it finds an audience. Thank you for your patience.