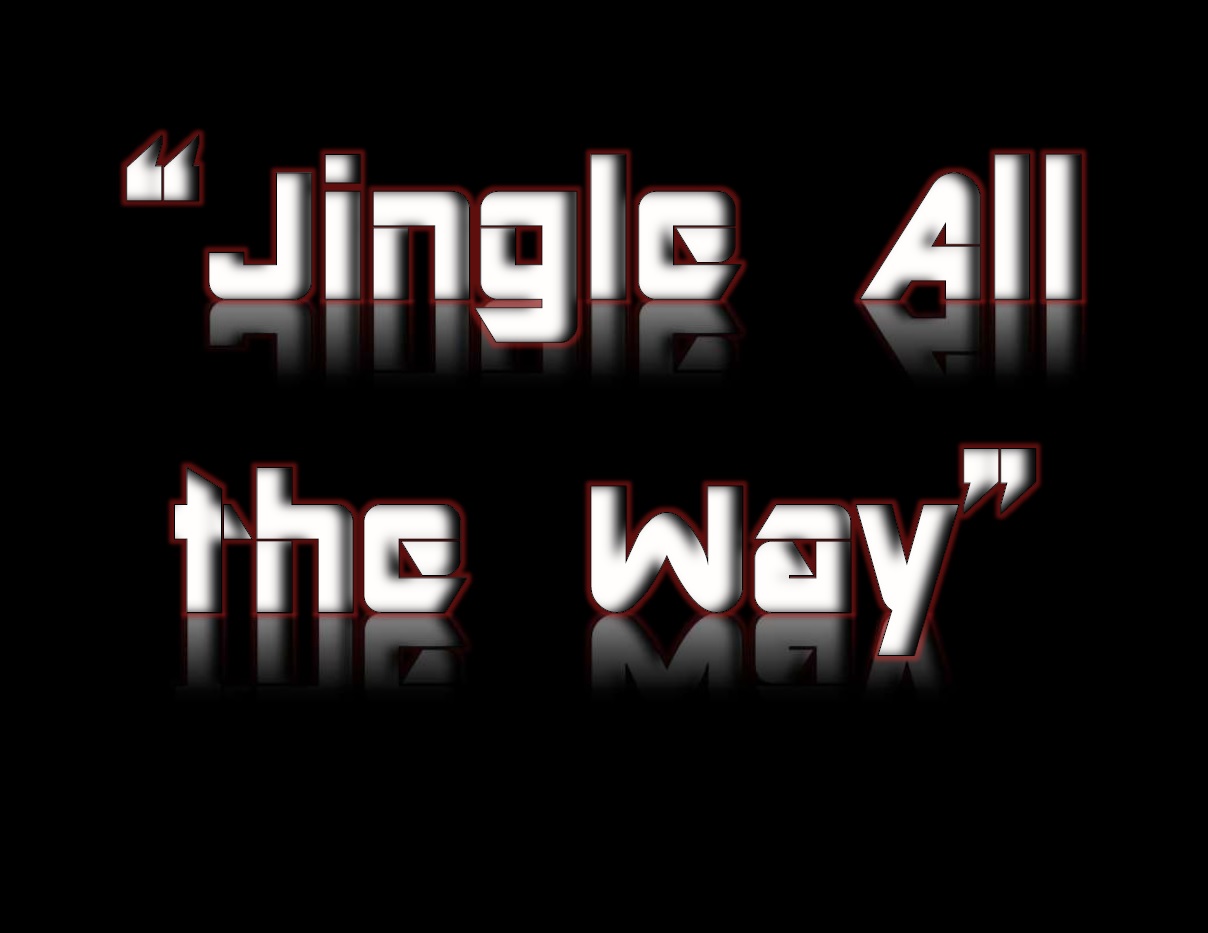 DAY 4
JINGLE ALL THE WAY

“Put that cookie down! NOW!”
I don’t care. I don’t care how stupid it is, I don’t care how the whole film basically hinges on one stupid premise and how Arnold has terrible comedic timing. I still find it really goddamned funny. And there’s only one thing that could have made this movie better, and that’s watching it with friends. Here’s the rule for maximum enjoyment of this movie: Take a drink every time Arnold screams, and they say the word “turbo”. And if you’re watching with Sean, be sure to have an extra one every time Jake Lloyd comes on screen. Because it’s bound to have a rage fueled “You Anakin Skywalking, Pod Racing Little prick”.

No it’s not the best Christmas movie. Hell, it’s not even the funniest Arnold movie. But once you get past the goofy faces, the stupid plot, and the little things that nobody seems to care about but me (Nobody notices that there’s a WORKING jetpack in this universe? Isn’t that like a world changing device, and they’re using it for a holiday parade in Minnesota?), it’s actually pretty damn funny. I guess if you’re so used to seeing Arnold in serious action roles, seeing him scream at toy store owners and run all over town to find an action figure may be a little hard to handle. But Arnie goes ALL OUT in this, more so than he’s done in any movie I’ve seen him in since. He plays a psychotic father surprisingly well, and you can tell he’s giving this his all, from his expressions to the little moments of actual acting. It’s surprising to see him so passionate about this when you consider that most of his career has been consisting of stonefaced catchphrase delivery, so when he has an opportunity to be funny, he usually is. And this has some really funny moments, from his fight with the Santas (one of which is The Big Show), to the greatest scene in cinema history: Arnold Schwarzenegger punching a reindeer in the face and then drinking with it.

The rest of the cast is… okay. Phil Hartman is channeling his inner Flanders as he is the absolute perfect neighbor, down to the cooking, decorating, and sexual advances towards married women. The line into psychosis is crossed a few times, like how he decides to hand out hot chocolate and let kids pet a LIVE REINDEER in his yard. I don’t care how much of an eccentric you are, and I love the holidays more than some people, but if you buy a reindeer for the sake of having it for one day in your yard, you are seriously demented. I really liked the chop shop filled with dirty Santas, I thought it was really funny having Jim Belushi run this workshop of black market toys and claim it was “for the children”. The timing of Arnold getting involved with them at the same time as the bust was a little contrived ut then again, the whole movie kind of was. I was surprised by how much on a recent viewing I liked Sinbad. I’ve seen Sinbad live on stage recently and he’s actually a lot funnier than people give him credit for, and in this movie he’s no different. He gives some pretty funny lines, and his character is involved in some scenes that I DEFINITELY didn’t get the joke in my first time watching it. I especially like when he explained how his wife has slept with everyone at the post office BUT him, and I also enjoyed the fantasy where Jake Lloyd was drinking from a whiskey bottle. You don’t see stuff like that in kids movies anymore! Not that I’m saying movies would be better if Anakin Skywalker got a little wasted on screen, but it certainly doesn’t hurt. Speaking of which he’s… he’s just as good here as he is in Episode 1. It’s no wonder this kid quit acting after only like 5 movies.

This film gets a lot of hate that it doesn’t deserve… as well as all that it does. I think it’s funny where it needs to be and does a good job sending a message when it has to. There’s some moments that could be cut out but then again, it’s a family movie so maybe I’m a little biased. It’s by no means a great film, but I’m never disappointed when I watch it. It’s got pretty much everything I’d expect it to be: It’s a Christmas movie starring an Austrian action hero looking for a doll. If you’re looking for anything closer to a classic than what you got, chances are you’re terrible at judging movies by their poster.