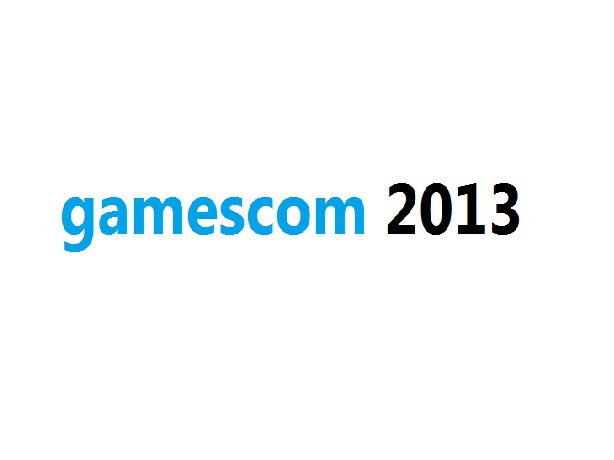 Tomorrow, August 21, is the start of this years gamescom. The event has been held annually in Cologne, Germany since 2009. E3 is a big deal but Gamescom is the worlds largest gaming event. Gamescom is different than E3 because it is open to the public where as E3 is closed to the general public and is an industry only event, although if you apply early its not unlikely that a regular person could get a press pass to E3.

Obviously there is a lot of excitement for Gamescom this year. ( By the way really struggled with how to write it, Gamescom or gamescom because the official logo is stylized with a lowercase G. ) New consoles have been announced and their launch window is only a few months away. For Sony and Microsoft this is election year. E3 is where our potential candidates make their opening statements and this year the statements were very loud and polarized the entire gaming nation. Gamescom is like the next big debate for which console we should vote/pay for.

Sony to their credit really only revealed one completely new title ( The Order 1888 ) at E3 and still succeeded in one of the most exciting E3 conferences of all time with their announcements of consumer friendly policies. Microsoft on the other hand has been in a state of constant tailspin since the reveal of the XBOX One before E3. Mandatory Kinect functionality, restrictive DRM policies, poor explanations for XBOX One features and just plain arrogance on the part of former head of Microsoft’s interactive entertainment Don Mattrick did substantial damage among new and longtime gaming fans alike. Since E3 Microsoft has fought a steep up hill battle trying to win back the gaming community however recent consumer polls have shown that roughly 80% of those considering a new gaming console are in favor of Sony over Microsoft.

Their is plenty to look forward to this year at Gamescom. Which from the description sounds like its more like a videogame festival with rock and roll concerts and other entertainment throughout the event. Electronic Arts has promised a big announcement in regards to Europe’s largest sports franchise, so basically a FIFA 14 announcement. Earlier this summer president of Sony Entertainment Europe Jim Ryan commented when asked by a member of the press about Sony’s somewhat smaller showing of new games at E3 for Playstation hardware compared to rival Microsoft that its a long year with lots of gaming events and that Sony has a lot going on but had to hold some stuff back saying that they would still need some new stuff to show at Gamescom. Jim went on to say that the president of Sony Worldwide Studios for Sony Computer Entertainment alone currently has 30 titles in development, 12 of which are brand new Intellectual Properties and overall 20 of the 30 titles in development will be shipping in the launch year of the PS4.

Meanwhile Microsoft interpreted the negative response to the XBOX One unveiling as having something to do with the fact that they mostly only showed the TV capabilities of their new system and not a lot pertaining to actual games. The backlash resulted in Microsoft showing a huge amount of games at E3, even the segue between game announcements had commercials for other games. Since the negative response to the XBOX One had a lot more to do with the horribly restrictive and poorly explained policies of the new system and not so much to do with the lack of games shown at its unveiling, the plethora of games shown at E3 combined with Sony really sticking it to Microsoft by announcing more consumer friendly policies and a $100 cheaper price tag, did very little to improve Microsoft’s image with consumers.

If Microsoft continued on the original path they had in mind for its new system it is likely that the XBOX One could very well have been known as the Damien of gaming. ( See the Omen ) Anyway Microsoft did what they did and the damage has been done. ( I still can’t believe Microsoft sent employees to BestBuy’s around the country to discourage customers from buying the Wii U. ) Policies have been overturned and management has changed. They say necessity is the mother of invention, I would have say its pretty necessary for Microsoft to show the world that they really have changed for the better and they still have great things planned.

Gamescom this year promises to be really memorable. Developers will be showing off their latest and greatest software. Sony will try to continue the awesome momentum it has had this year. Microsoft no doubt will try to redeem itself. One of the most interesting parts of Gamescom is that this will be the first event where regular people who aren’t press related will be able to go hands on with the PS4 and XBOX One. We will get honest feedback about how these systems really operate from people with first hand experiences. I for one can not wait to hear what they have to say.

There is no doubt that Gamescom is primed for some exciting announcements. I will give highlights so keep coming back to find out the latest about the greatest things from Gamescom 2013.